Rhyme, Alliteration, Assonance, Onomatopoeia, Hyphenation Rhyme is the repetition of identical or similar terminal sound combinations or words. Rhyming words are generally placed at a regular...

Rhyme is the repetition of identical or similar terminal sound combinations or words.
Rhyming words are generally placed at a regular distance from each other. In verse they are usually placed at the end of the corresponding lines. There are full-rhyme that supposes identity of the vowel sound and the following consonant sounds in a stressed syllable: might, right, needless, heedless
According to the way of rhyme arranging we distinguish:
1. couplets- the last words of two successive lines are rhymed-aa
2. triple rhymes-aaa
3. cross rhymes-abab
4. framing or ring rhymes .

Internal rhyme – the rhyming words are placed not at the ends but within the line: “I bring fresh showers for the thirsting flowers”. (Sheeley) “Once upon a midnight dreary while I pondered weak and weary”. (Poe) 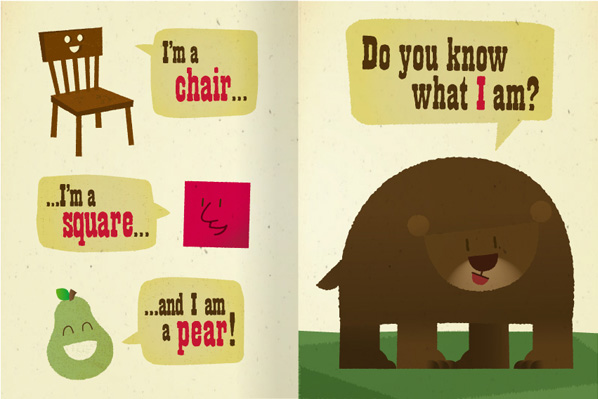 Alliteration is a stylistic device whereby a series of words begin with the same consonant sound, which can help your audience's listening.

The game of Tic Tac Toe is a perfect example of alliteration, where each word of the game's

name begins with the letter T.

Phrases like "busy as a bee," "drop dead gorgeous," "friends and family" are all examples of alliteration.

Alliteration adds a textural complexity to your speech that makes your words more engaging. 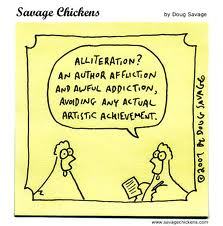 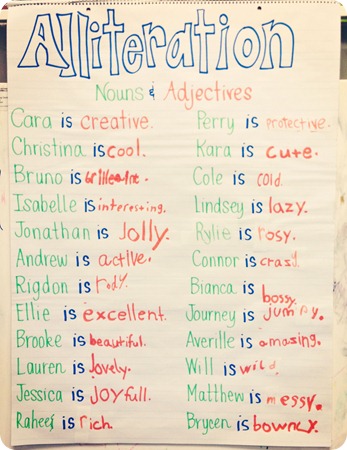 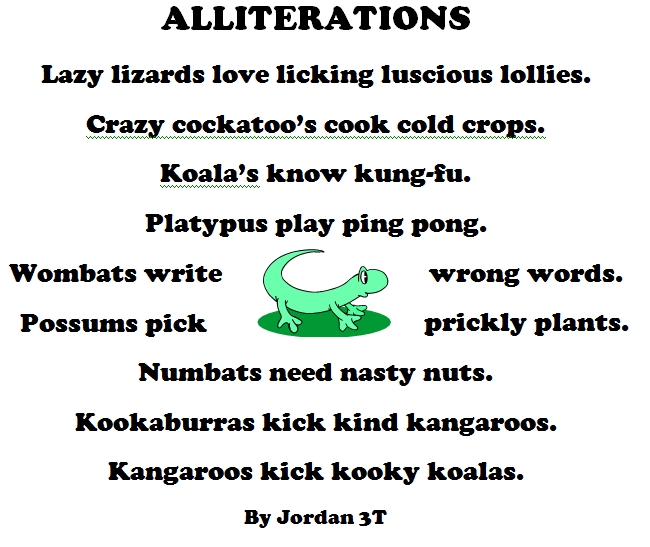 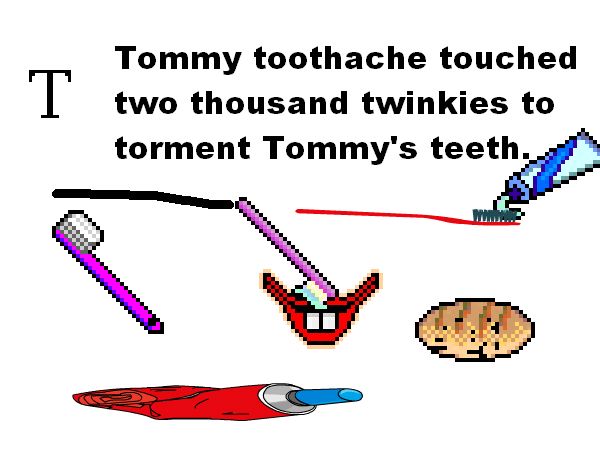 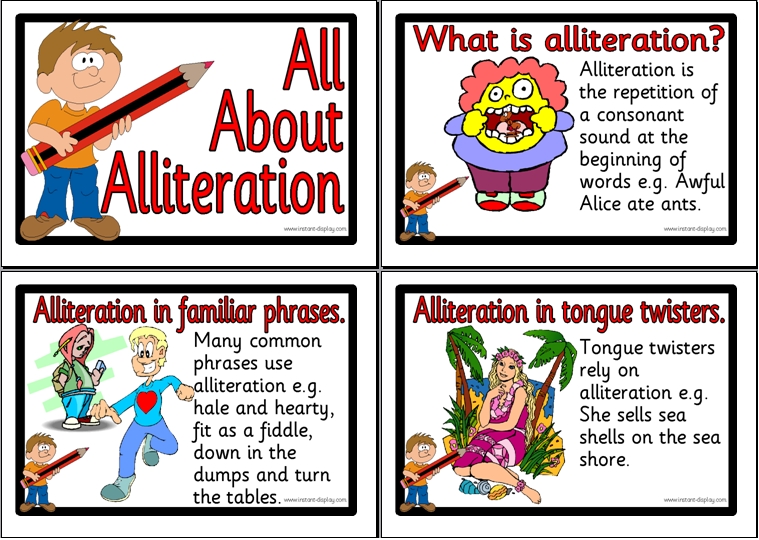 “I see also the dull, drilled, docile, brutish masses of the Hun soldiery plodding on like a swarm of crawling locusts.” --Winston Churchill on the German invasion of Russia

"To those people in the huts and villages of half the globe struggling to break the bonds of mass misery, we pledge our best efforts to help them help themselves, for whatever period is required--not because the communists may be doing it, not because we seek their votes, but because it is right." --John F. Kennedy's Inaugural Address 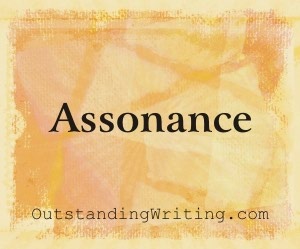 Assonance is one such literary device, where the vowel sounds are repeated to create an internal rhyming within sentences or phrases. Assonance is known to be the building block of verse and is used to increase the stress on a subject or simply to add flare. Examples of assonance are generally hard to find, and hence they serve an ornamental purpose in literature. It is often referred to as medial rhyme or inexact rhyme.

When looking out for examples of assonance, you ought to keep your eye and ear open for the five vowel sounds included in the English language, that is A, E, I, O and U.

The rain in Spain stays mainly in the plains. (a)

Harden not your hearts, but hear his word. (a)

That solitude which suits abstruser musings. (u)

"The bows glided down, and the coast" (o)

"Every time I write a rhyme, these people think it's a crime" (i)

Hear the lark and harken to the barking of the dark fox gone to ground. (a)

Stopping by Woods on a Snowy Evening by Robert Frost

Fire and Ice by Robert Frost

Some say the world will end in fire,
Some say in ice.
From what I've tasted of desire
I hold with those who favor fire.
But if it had to perish twice,
I think I know enough of hate
To say that for destruction ice
Is also great
And would suffice.

Song of Myself by Walt Whitman

...Now I will do nothing but listen,
To accrue what I hear into this song, to let sounds contribute toward it.
I hear bravuras of birds, bustle of growing wheat, gossip of flames,
Clack of sticks cooking my meals.
I hear the sound I love, the sound of the human voice,
I hear all sounds running together, combined, fused or following,
Sounds of the city and sounds out of the city, sounds of the day and night...

I wandered lonely as a cloud
That floats on high o'er vales and hills,
When all at once I saw a crowd,
A host, of golden daffodils;
Beside the lake, beneath the trees,
Fluttering and dancing in the breeze...

...Behind him cast; the broad circumference
Hung on his shoulders like the Moon, whose Orb
Through Optic Glass the Tuscan Artist views
At Ev'ning from the top of Fesole
Or in Valdarno, to descry new Lands,
Rivers or Mountains in her spotty Globe...

"Flash with a rash gimme my cash flickin' my ash
Runnin with my money, son, go out with a blast."

Nickelback "If Everyone Cared"

"Life it seems will fade away
Drifting further every day
Getting lost within myself
Nothing matters, no one else"

Onomatopoeia (word imitating a sound ) is a combination of speech sounds which aims at imitating sounds produced in nature, by things, by people and by animals. There are 2 varieties of onomatopoeia: direct and indirect.

Direct onomatopoeia is contained in words that imitate natural sounds, as ding-dong, cuckoo and the like. 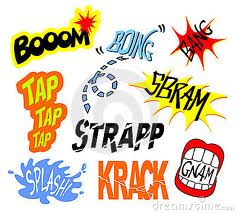 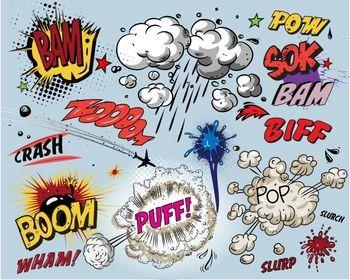 Onomatopoeia is used because it's often difficult to describe sounds. Furthermore, a story becomes more lively and interesting by the use of onomatopoeia.

Hyphenation – the reflection of rhymed or clipped manner in which a word is uttered.