Pun The pun, also called paronomasia, is a form of word play which suggests two or more meanings, by exploiting multiple meanings of words, or of similar-sounding words, for an intended humorous or...

The pun, also called paronomasia, is a form of word play which suggests two or more meanings, by exploiting multiple meanings of words, or of similar-sounding words, for an intended humorous or rhetorical effect. 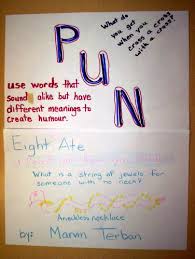 Puns can be classified in various ways:

The homophonic pun, a common type, uses word pairs which sound alike (homophones) but are not synonymous. Walter Redfern exemplified this type with his statement "To pun is to treat homonyms as synonyms".

For example, in George Carlin's phrase "Atheism is a non-prophet institution", the word "prophet" is put in place of its homophone "profit", altering the common phrase "non-profit institution".

"Question: Why do we still have troops in Germany?

Answer: To keep the Russians in Czech" relies on the aural ambiguity of the homophones "check" and "Czech".

Often, puns are not strictly homophonic, but play on words of similar, not identical, sound as in the example from the "Pinky and the Brain" cartoon film series: "I think so, Brain, but if we give peas a chance, won't the lima beans feel left out?" which plays with the similar – but not identical – sound of "peas" and "peace". 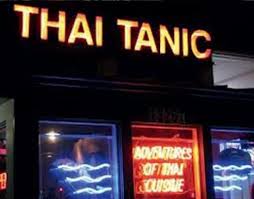 Some words are homophones only when spoken in certain accents. Here are some examples of puns that depend on being pronounced in a particular accent:

Italian waiter: "Sir! Are you sure you want the Scissor salad? You'll cut your mouth!"

Spice...The final frontier. So much flavour! — Space, on the other hand, is mostly devoid of flavour and matter.

Q: What was the name of the first group of female astronauts? A: The Space Girls.

"The Nail River" (The Nile River) in certain accents: 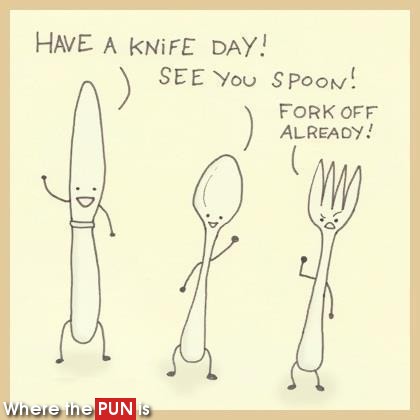 A homographic pun exploits words which are spelled the same (homographs) but possess different meanings and sounds. Because of their nature, they rely on sight more than hearing, contrary to homophonic puns. They are also known as heteronymic puns.

A compound pun is a statement that contains two or more puns. For example, a complex statement by Richard Whately includes four puns:

"Why can a man never starve in the Great Desert?

Because he can eat the sand which is there.

But what brought the sandwiches there?

Why, Noah sent Ham, and his descendants mustered and bred."

This pun uses "sand which is there/sandwiches there", "Ham/ham", "mustered/mustard", and "bred/bread". Compound puns may also combine two phrases that share a word.

A recursive pun is one in which the second aspect of a pun relies on the understanding of an element in the first. For example the statement "π is only half a pie." (π radians is 180 degrees, or half a circle, and a pie is a complete circle). Another example is "Infinity is not in finity," which means infinity is not in finite range. Zeugma is a fun rhetorical device, an important figure of speech, wherein a single word is used to denote two or more words in a sentence and is fraught with literal and metaphorical undertones.

"He lost his coat and his temper." (Zeugma)

"You held your breath and the door for me." (Zeugma)

"He milked the situation and the cow." (Words & Stuff)

"She stayed his execution and at the hotel." (Words & Stuff)

"It was curtains for him and the window." (I Love India)

"He held a high rank and an old notepad." (I Love India)

"His boat and his dreams sank." (I Love India)

Irony (from the Ancient Greek εἰρωνεία eirōneía, meaning dissimulation or feigned ignorance) is a rhetorical device, literary technique, or situation in which there is an incongruity between the literal and the implied meaning.

No written method for indicating irony exists, though an irony punctuation mark has been proposed.

In the 1580s, Henry Denham introduced a rhetorical question mark or percontation point which looks like a reversed question mark. This mark was also proposed by the French poet Marcel Bernhardt at the end of the 19th century to indicate irony or sarcasm. 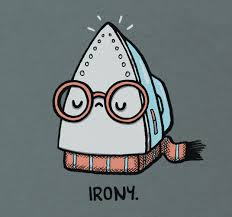 Verbal irony is a disparity of expression and intention: when a speaker says one thing but means another, or when a literal meaning is contrary to its intended effect. An example of this is when someone says "Oh, that's beautiful", when what he means (probably conveyed by intonation) is he finds "that" quite ugly. 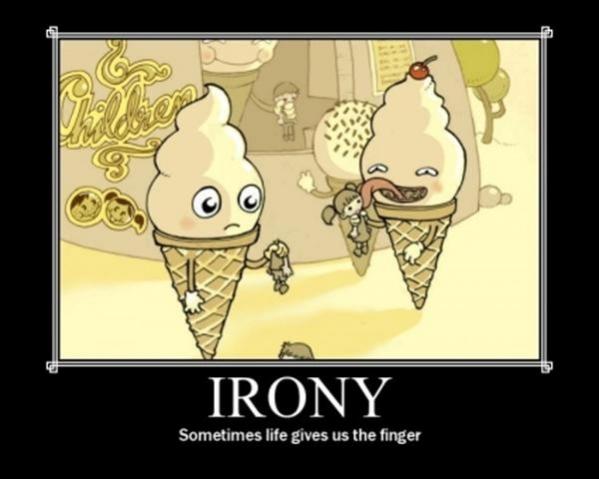 Dramatic irony is a disparity of awareness between actor and observer: when words and actions possess significance that the listener or audience understands, but the speaker or character does not; for example when a character says to another "I'll see you tomorrow!" when the audience (but not the character) knows that the character will die before morning. Situational irony is the disparity of intention and result; when the result of an action is contrary to the desired or expected effect. Being "shot with one's own gun" or "hoisted with one's own petard" are popular formulations of the basic idea of situational irony.[this quote needs a citation][dubious – discuss] 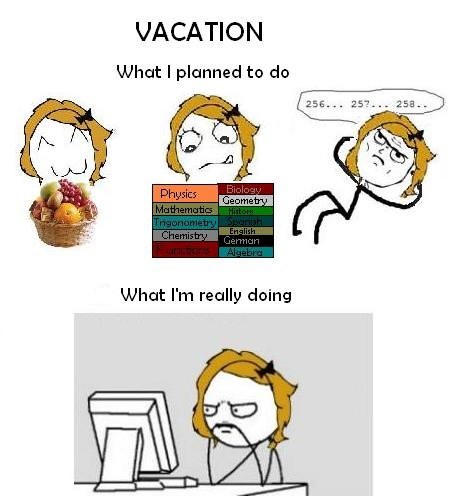 Cosmic irony is disparity between human desires and the harsh realities of the outside world. By some definitions, situational irony and cosmic irony are not irony at all. 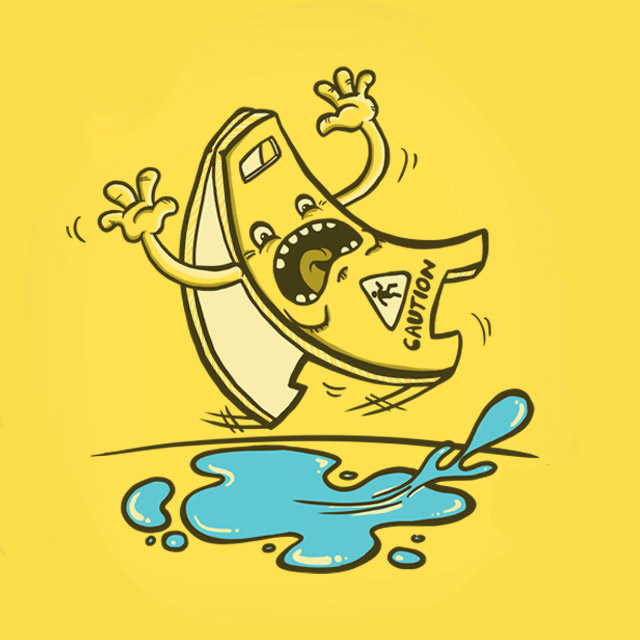 A malapropism (also called a Dogberryism) is the production of an incorrect word in place of a word with a similar sound, resulting in a nonsensical, often humorous utterance. An example is Yogi Berra's statement: "Texas has a lot of electrical votes,"[1] rather than "electoral votes".

The word "malapropism" comes from the French "mal à propos" meaning "inappropriate", and was personified by Richard Brinsley Sheridan in his comedy The Rivals (1775) as "Mrs. Malaprop", a character who habitually misused her words, while Dogberryism comes from "Officer Dogberry," the name of a character in William Shakespeare's Much Ado About Nothing who also makes this kind of error.

These are the two best-known fictional characters who make this kind of error--there are many other examples.

Malapropisms also occur as errors in natural speech. Malapropisms are often the subject of media attention, especially when made by politicians or other prominent individuals. 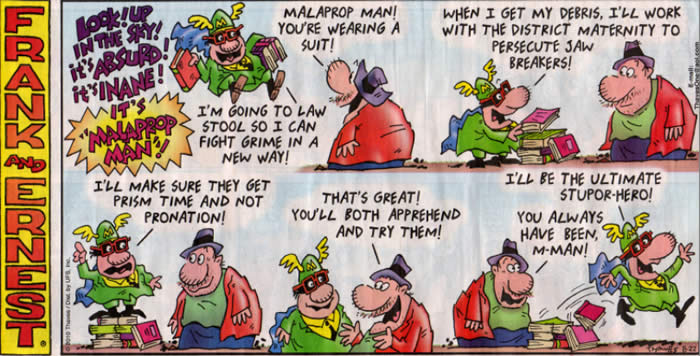 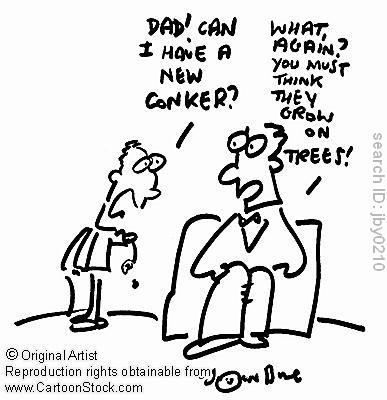 An anti-proverb or a perverb is the transformation of a standard proverb for humorous effect. Mieder defines them as "parodied, twisted, or fractured proverbs that reveal humorous or satirical speech play with traditional proverbial wisdom"

Proverb with surprising or silly ending

The term is also used in the weaker sense of any proverb that was modified to have an unexpected, dumb, amusing, or nonsensical ending — even if the changed version is no harder to parse than the original: